18 years ago, Denmark began its digitalisation of public and private sector communication with the solution e-Boks. Other countries are following suit with similar solutions now. In Ireland, they have drawn on the positive experiences from Denmark and have now chosen e-Boks A/S to be responsible for their public digital post solution. 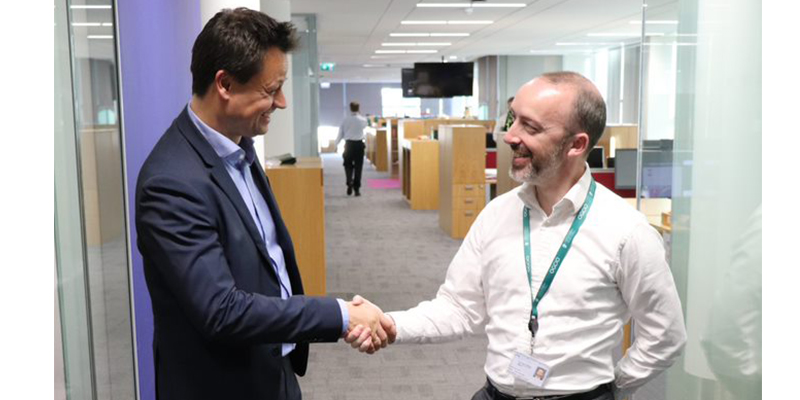 Ireland is currently implementing an ambitious strategy for public sector digitalisation, and the introduction of digital post is an essential part of this strategy. After a public tender round, the Office of the Government Chief Information Officer (OGCIO), part of the Department of Public Expenditure and Reform, has now announced that the Danish firm e-Boks A/S has been chosen as the supplier who will have the future responsibility for digital post between public authorities and private citizens.

A total of 5 suppliers submitted a tender, and the bid from e-Boks was considered to be the strongest:

– The OGCIO are delighted to announce e-Boks as the supplier for the upcoming Digital Postbox solution. e-Boks is a great fit for our requirements in the Irish Government – it offers both a strong technical solution and the valuable experience of working with the other Governments on similar initiatives. This is an exciting project for the Irish Government, and provides an opportunity to deliver a more joined-up and integrated digital service for the benefit of Irish citizens. We are excited and looking forward to working with the e-Boks team over the next number of years on this digital journey, says Owen Harrison from OGCIO.

A range of services

The agreement on the delivery of public digital mail will enter into force during May 2019. The success of the Digital Postbox depends on the services which are delivered into it. By delivering many services (and in particular useful services) into the Digital Postbox, citizens will benefit from more efficient and effective secure communications with Government.

The Irish authorities aim to deliver a range of different services from across Government Departments into the Digital Postbox – the OGCIO is working with all Departments in that regard and will continue to build on this with a number of document types and new services that we already know from Denmark.

There are about 4.9 million citizens in Ireland, and the requirement is that Irish eID will be used on the new digital post solution, which over 300,000 people already have today and more are being onboarded now.

The e-Boks CEO, Ulrik Falkner Thagesen, is looking forward to the collaboration, and he expects to see rapid growth in the number of digital documents:

– e-Boks is looking forward to helping the Irish Authorities solve this important task. The potential in Ireland is just as big as when e-Boks started its digitalisation process in Denmark 18 years ago, even though there are currently no plans to make digital post mandatory, says Ulrik Falkner Thagesen.

Keeping up with new standards

The Irish solution is based on almost 2 decades of Danish experience, but the Irish will have access to a new infrastructure that is an advanced version of the e-Boks operating in Denmark. The new solution is based on open common European standards such as eDelivery and eIDAS, which makes it easier for citizens, businesses and authorities to exchange data across national borders.

The Irish authorities' emphasis on data mobility has also contributed to a different approach, and as a result the infrastructure has been built as a so-called hybrid cloud solution, where the cloud is utilised but messages are stored on-premise in the Irish Government.

- At the moment there is a lot going on in the area of standardisation, and a number of countries are moving from closed national systems to open international standard solutions. In Europe, all markets are heading towards eDelivery and eIDAS, and regions outside the EU are also starting to refer to them. For this reason, it is also part of our internationalisation strategy to build the e-Boks solution of the future to these standards, Ulrik Falkner Thagesen points out.

Countries such as Australia, Germany, France, Cyprus and the United Arab Emirates have also been in touch with e-Boks over the past year to hear more about the Danish experience of public digital post. In addition to Denmark and Ireland, e-Boks already has the task of providing public and private digital post in Norway and Sweden. 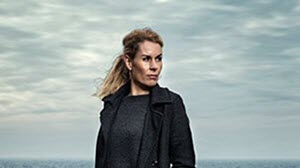 The idea behind e-Boks is to streamline the distribution of mail between companies, organisations and private recipients. This eliminates postage costs, improves service and reduces the environmental burden.