It pays to have digital leases

The housing industry is one of the industries that has been seriously challenged by the fact that physical letters have become more expensive and slower than physical letters. The housing association, DAB, manages and rents more than 50,000 residences in Denmark, primarily social residences in Greater Copenhagen, on Zealand, Lolland-Falster and in Esbjerg. And because it sends several hundred thousand letters a year, the expenses for postage, paper, and manual processing are major items in the budget.

Therefore, a few years ago, DAB started to consider the possibility of introducing digital signatures on leases. The desire for digitalization was discussed with EG, which already supplies the company’s administration system, EG Bolig. And in the end, DAB chose a digital signature solution from e-Boks.

'In general, we want to move in the direction of the most possible digital communication, both with current residents and new applicants,' says Jan Juul Lorenzen, Development Manager in DAB. 'It was a very simple equation. We looked at the cost of sending physical letters and compared this with the cost of developing a system that can send, handle signatures and store the documents in e-Boks. Our business case showed that the return on investment would take less than a year.'

Especially two parameters were decisive for DAB’s choice of supplier. One was the supply security and the possibility to document that the mail was delivered to the user. The other was that the delivery should be secured digitally with regard to the new EU protection of personal data regulation, which the housing association must be sure it can comply with.

The system archives itself

Leases are the first documents that DAB has chosen to move to e-Boks. The ambition is to have approximately 80 per cent of the users sign digitally in the course of a year and a half to two years. There is, however, a large potential in digitalizing more documents, because in addition to leases, every year, DAB sends around 200,000 other letters, including consumption statements, notifications and similar documents.

Until now, a rental case has typically taken up to two weeks to process, because the lease and six to seven appendices must be printed, packed and sent out, after which the lessee must sign and return them. Then, DAB must send a copy back to the user, and the case must be scanned, filed, and archived at the company.

'With digital signatures, all this can, in principle, take place in one day, and the system collects the signed documents itself so that they are filed and stored. This means that the internal handling is much more efficient. We also expect that it will result in higher customer satisfaction because their case processing time will be shorter. It is also a benefit that they can easily see and retrieve the lease in e-Boks,' explains Niels Olsen, CEO in DAB.

DAB has carried out tests of the signature solution since January, and starting in the late summer of 2016, it was put into production in two of the 49 companies that DAB manages. Soon, eight more companies will be added. The rest will start in January. And DAB has prepared itself to help users with the transition.

'We have introduced some backup checks so that we can follow up on whether residents overlook a lease in e-Boks and do not get it signed within the mandatory deadline of five days. It is important to ensure that the users do no fall into any traps here in the beginning,' emphasizes Jan Juul Lorenzen. 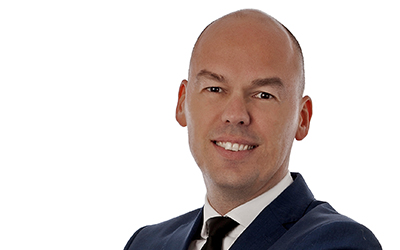 Want to become an e-Boks sender? We can help you to get started.

Call us, write to us, or ask us to call you. We can help you to get started using e-Boks.

e-Boks is a trusted Nordic provider of secure platforms and digital postboxes that enables efficient communication between public authorities, citizens and businesses.
​e-Boks is an independent limited company established in 2001. It is co-owned by Nets and PostNord.